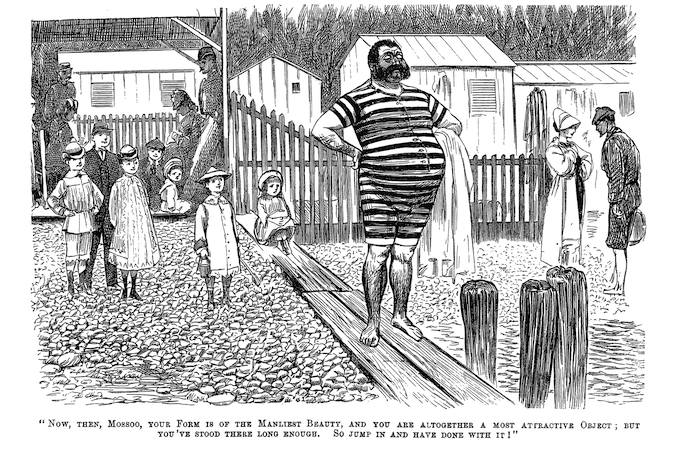 It’s time we reclaimed our ancient right to sweat it all out, says lifestyle and travel writer Simon Busch, in the first of his regular All Steamed Up columns for SpaGuide.co.uk

It’s a familiar – and telling – image.

A sinuous form lies face down on a massage slab, hot stones placed at intervals along the silken, honeyed flesh forming a lovely counterpoint to the delicate, nubbed curvature of the spine.

Someone else’s swan-like, expensively manicured hand rubs a little almond oil into a body that – to get to the point, dear readers – flagrantly lacks back hair, a beer gut and (a matter we’ll return to below) signs of kneading-induced “excitement”.

For, men, our urge to conquer spa land should follow not so much from the fact that, as I’ve been going on about, it has many women in it. (Keep your towels on, men who like men: we want more men in spas, too.) Nor because some of them are women who’ll rub almond oil and essence of solace into your hairy – or not – back.

Like girlie inn signs, variations upon this tranquil scene grace glossy-magazine adverts and pastel-tinged websites for 1,000 spas in this land and beyond. Yet very rarely do such variations encompass, lying upon that massage platform, a bloke.

The absence is, to many men, confirmation of an unwritten law that says: the spa is women’s territory, and there you shall not go.

“Girls like boys these days a bit like them: bathed, plucked and maybe still ponging slightly of cedarwood from their treatment a few days ago”

But – men – if ever there was a need for a kind of reverse suffragette movement, swapping blue stockings for short white towels and hairy legs (no, hang on… ) it lies here.

This is a call to arms to men because, taking the long view, our great big wet footprint has barely dried within the spa vestibule of history. 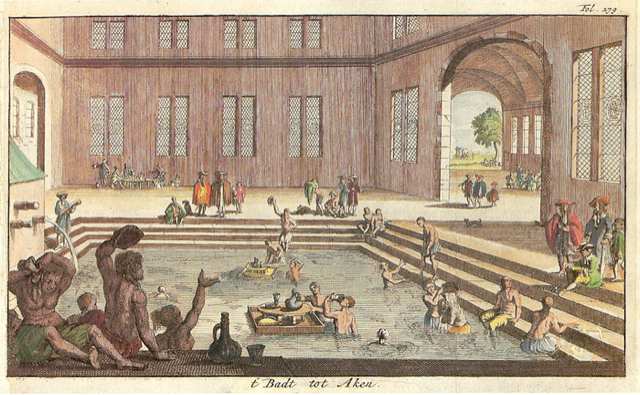 To Roman men, for example, the question wasn’t so much when you’d next catch Remus down the caldarium, as when you wouldn’t. To them, a man who wouldn’t bathe was probably, well, British.

Speaking of whom, our Victorian forefathers rediscovered spas with a vengeance – quite literally. With treatments such as the Water Demon, Fire Hose and Douche, there was none of your namby-pamby cinnamon oil in the spas of top hat times.

These days, still, in Scandinavia and on much of the Continent, the sauna-resistant male is likely to be sniffed at. In France, Italy and Germany, spa visits are even prescribed on the national health. (Imagine George Osborne doing that. Now there’s a man who looks like he could do with a dunk in a vat.)

Girls like boys these days a bit like them: bathed, plucked and maybe still ponging slightly of cedarwood from their treatment a few days ago.

And thus to a last boyish hurdle to spa going that surprisingly many studies disclose: that you’ll like that sage oil deep-tissue massage rather too much and your excitement will, ahem, show.

Men, you’re a man! You may be plucked and slightly scented but you’re still different from a woman.

And do you think a little ripple in the towel line would have put a Roman off?