Ask a German – or maybe watch a German – if you want to know the difference. Germany is not only Europe’s most powerful nation but also probably (and I guess one does begin to think about Angela Merkel here) its nudest.

At the risk of lapsing into sniggering cliché, Germans really do seem to get naked at the slightest opportunity – and the Therme Erding thermal spa, outside Munich, is not a slight opportunity but an enormous one. At the largest such establishment on the continent, thousands of Germans congregate daily – from infants to 80-year-olds, boys, girls, men, women and probably the odd spa-goer inbetween – to steam-clean in caldariums, desport beneath gushing jets and even, for those of age, imbibe pints on semi-submerged bar stools, all in a uniform birthday suit.

But without any sex. (OK, perhaps the occasional fumble.)

Leaving aside the theory that this is why they like their real sex really kinky, to the average German, sex and nudity just aren’t the same thing. 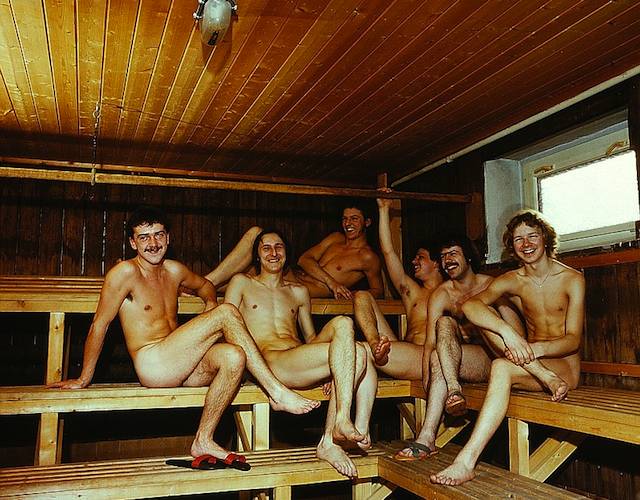 To many a Brit, however, despite even the seemingly delightful prospect of drinking pints in the nuddy, the kit-free scene at Therme Erding and hundreds of other spas throughout Germany and Austria, and to a lesser extent Scandinavia, the Netherlands and Russia, promises cringing, red-faced embarrassment.

Many of us, that is, are muddled about where bog-standard nudity ends and the fun stuff begins; and spa-going, perhaps more than anything, lays the dilemma bare (forgive me the odd Carry On moment here, will you?). Yet if you want a stress-free spa visit, that distinction must be crystal clear in your mind.

Ambiguities about spas in many countries don’t help – viz, in those cases when “spa” should really be spelled “brothel”. Nor does the fact that some spas, say of the same-sex variety, have a pretty laissez-faire attitude to what goes on in the steam room.

Then there’s what might be called the when-in-Rome conundrum. We’ve already established that, in the Teutonic countries, nudity is almost obligatory: turn up at a boardroom meeting somewhere in Nordrhein-Westfalen wearing just your socks for warmth and you can probably still expect a firm handshake.

But – and here’s the tricky bit – a spa-goer, keen to fit in, might immerse himself in liberated Germanic-style thermal culture, only to travel to another venerable spa region, perhaps the Middle East, strip off with a knowing grin and soon find himself in very hot water.

In Middle Eastern countries, the sexes are always separated in spas and, while women will usually be naked, religious stricture generally prevents men putting that genital bouquet on display.

Next, let’s go to Japan, where mixed spa nudity (so much for progress!) is dying out. Or to the aforementioned Scandi-lands and Russia, where families and friends might bathe naked together but where the sexes are typically separated, either physically or by separate visiting hours, in public spas and saunas.

And lastly, in the Anglo countries – yep, the US, the UK and Australia – the norm is to wear those strange cultural inventions, swimsuits, in any spa setting where men and women are likely to collide.

If cultural mores weren’t enough – when clothing is on and when it isn’t – there’s the slippery fact that spas feel, for want of a better word, pretty sexy. They’re warm, wet and employ frequently fit people in what look like nurses’ uniforms to knead every inch of you.

“Getting wood” in the spa context does not refer to splashing out on a cedar-lined Finnish sauna but rather the occasional instinctual response on the part of the gentleman visitor to such sensual surrounds. There are two things you can do about it: plunge yourself into the frigidarium (the Roman-invented chilled bath whose name is all you need to know here) or think about something completely un-spa-like – carpet underlay, perhaps.

Either way, guess what? Your masseur/masseuse has seen it all before. Random engorgement can be just a sign of relaxation and, as long as you don’t – God forbid – start tending to the thing, it’s fine to be very British and carry on as if nothing happened.

Nothing should happen, though; that’s the point. Spas and sex should have a Chinese wall between them, to borrow a term from banking; a metaphorical barrier separating one domain and another. Sure, some try to breach it, and that might be your massage artist offering you a so-called “happy ending” (women report it from women, too) as well as you asking for one.

But slippery nudity mores aside, if such a proposition rears it head (so to speak), just throw a little more water on the hot stones, lie back, relax and say: nein, nej, iie or no.