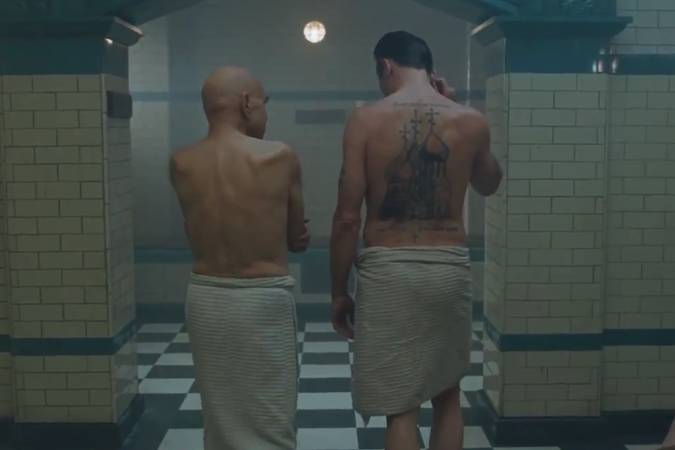 Modern cinema has taught us pretty much everything we know, but can it inform our spa behaviour for the better? Simon Busch deliberates the silver screen’s sharp-edged influence on spa-goers in his latest column

“Semyon recommends these places for business meetings, because you can see what tattoos a man has. Come on, we have a lot to cover. Let’s cook.”

Thus begins one of the great, what might be called, ‘wet-room’ scenes in modern cinema, arguably rivalled only by Al Pacino’s frothy and foul-mouthed turn as Tony Montana in his gilt-edged bedroom Jacuzzi. Or, more recently, by John Cusack and the gang in Hot Tub Time Machine, wherein, hilariously, an energy drink spilled on the controls magically sends a group of middle-aged male malcontents back to the 1980s.

But to return to Eastern Promises – and a little cinematic polemic, if I may. That is, to point out that the film should not be interpreted as a gratuitous excuse to show off buff Viggo Mortensen’s bum in the notorious stabbing-in-a-spa scene heralded by the lines of supposed Russky crim speech quoted above.

Not solely, anyway: for could we not read the grisly but gripping episode as a kind of stern cinematic morality play for what not to do in a spa? Take the two Slavic heavies, sent by Mortensen’s business rival to dispatch his Nikolai character in the steam room with a pair of curved linoleum knives, only to be thus dispatched themselves.

In other words, take those two bad boys and ask them to strip off and shower – THOROUGHLY – before using the spa facilities, please. And no sharp implements or just LOOK what will happen.

This disrobing question represents a red-hot alarm button to the neophyte Anglo-Saxon spa-going bloke, a point this column has probed repeatedly. First, there is the scrubbing issue. One wants to tread delicately here but it is probably fair to say that there was, for long years, a tug-of-war between the French and English within Europe for the title of most disinclined to wash daily.

No central heating and all that – who can blame them. And anyway, the French probably won. Now there’s doubtless a PhD for someone (desperate) to write about national spa hygiene habits (executive summary: the Finnish are the sprucest but the way to top-and-tail the subject is just to clean like you’ve got OCD. Sack, crack and don’t forget back, gentleman – then start all over again).

Viggo’s performance confronts us with a second crucial point of spa etiquette. Namely, how much to expose and when – and it responds forcefully: everything, all the time. The easiest approach to the otherwise troublingly nuanced matter of spa nudity is the broad-brush (or should that be bush) one of opting for clothes-free whenever possible.

Two reasons. First, is there a massage on Earth that would conceivably be better with “textiles” – that disdainful naturist expression for the clothed – let alone those lust-blasting disposable undies that some spas proffer?

Second, there is evidence that, with the mass take-up of spa-going in the Anglo world – otherwise to be applauded – our puritanical, anti-genitalia tendencies are becoming a new norm.

Back once again to that morality tale, according to which we should clearly be wary, after all, of doing business in the spa. Of course, for a start, mobiles have no place in a steam room: I was just waiting for one of Viggo’s mafiaski assassins to start bringgg-ing mid death-struggle.

But I’d also argue for keeping work conversation light. Partly, that’s due to a traumatic visit of my own to the very Ironmonger Row old Turkish baths, in London, on which the Eastern Promises scene in question was based. Three blokes’ braying sales boasting in the tepidarium was like being suffocated with an old sock.

Generally, then, there is probably good reason why talking shop while steaming is frowned upon. Use the spa to fraternise but perhaps not close a deal.

And the last rule is one that’s very hard to extrapolate from Viggo Mortensen’s cheeky turn in Eastern Promises, except to say that if you do ask the masseuse (or masseur!) whether “you do specials”, you really might end up on the wrong end of a linoleum tool.

A Single’s Guide to Spa Days

The Rise of the Spa-rtans