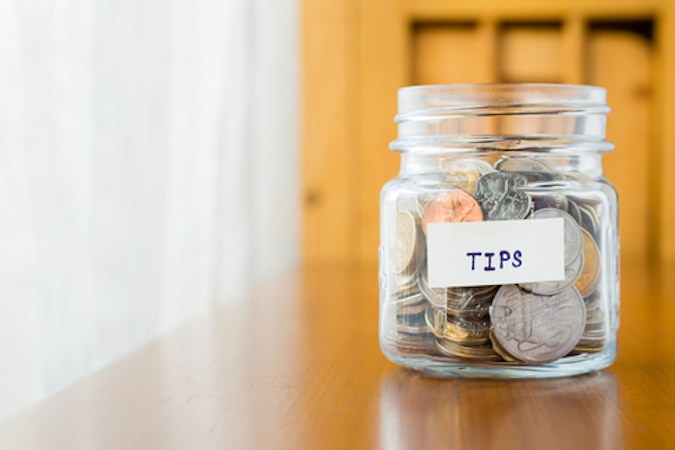 Tipping is a minefield when you don’t know what you’re doing. Too little, and you’re a stingy git. Too much, and you’re setting an expensive precedent…

While most of us can get our heads around tipping etiquette for restaurants, bars, and taxis, when it comes to spas there are no hard and fast rules. And no one wants to spend their massage worrying about what and when they should tip.

Be aware of local customs

Tipping is not necessarily the norm in British spas, but it’s a very different scenario when you go abroad. In America, for instance, it is considered rude not to tip your therapist – in fact, they may even take offence and ask you what they did wrong.

Likewise, in many Asian, Middle Eastern and African countries, spa therapists rely on their tips to supplement lower wages. As a general rule, when travelling abroad you should tip between 10% – 20%. In the UK, most day spas will include the tip in your final bill, but if there is a tip jar on the counter, give a minimum of 10%.

Some medical spas discourage tipping (especially if you are likely to be under the influence of an anaesthetic!), and some big destination spas will add a ‘resort service fee’ to your final bill, which covers all spa tips.

If you aren’t sure what your spa’s tipping policy is, there’s a really simple way to find out – just ask when making your booking.

This is the only way to make sure that the money goes directly into the hands of your chosen therapist. Unfortunately, some of the larger spa chains will absorb automated service fees and redistribute it among the staff as they see fit.

You don’t have to tip

Tipping is always optional, so you should never feel as though you are being forced to shell out for a substandard service. If you don’t want to tip, that’s OK – especially if you don’t intend to use their services again.

And if you just can’t afford to tip, make it up to them by posting a great review online, or recommending the spa to your nearest and dearest.

If you’ve been getting amazing treatments all year round from your local day spa, show them some appreciation with a festive tip. Aim for the cash equivalent of one massage or facial (whatever your regular treatment is) and you will buy yourself some serious goodwill for the year ahead.

Take The Spa With You – Essentials To Pack