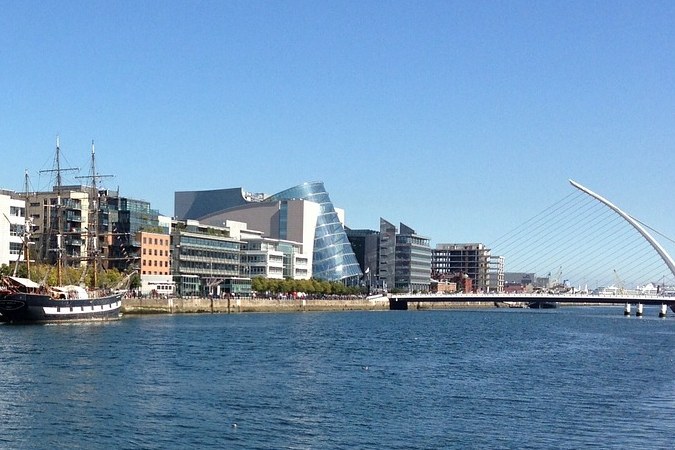 Dublin is a place where people don’t take life too seriously. The Irish capital is associated with music, literature, history, and plenty of craic. It’s the place to go when you want to kick back with a pint of Guinness and a great book, or dance the night away at an impromptu ceilidh.

So it makes sense that the city should also be home to some of the best spas you’ve ever seen. From modern hotel spas, to walk-in day spas, to hot seawater baths along the coast – Dublin has it all. It’s also cheap to get to, with flights starting from around £39 each way with British Airways.

If you want to guarantee a great spa experience, head for one of the city’s top hotels. The Marker Hotel has one of the most jaw-dropping spas in Dublin, and offers a range of innovative treatments such as ice therapy, vitamin peels, and spirulina wraps. 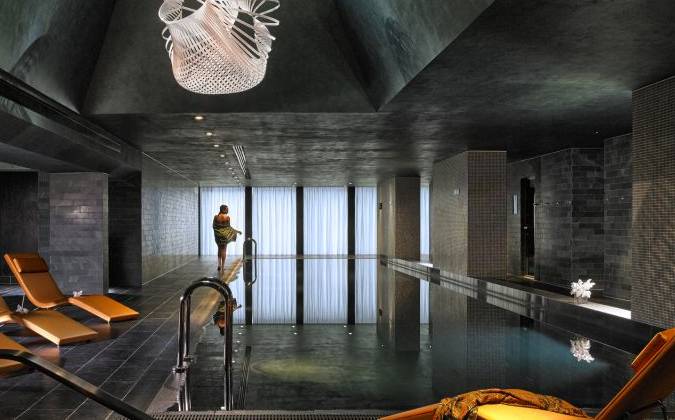 The historic Shelbourne Spa is a bit more traditional, with treatments by Elemis and Pevonia, while SansanaSPA at the Royal Marine Hotel is an oasis of calm and relaxation in a pretty seaside spot, just outside the city centre.

Irish food has a reputation for being little more than meat and potatoes, and you can certainly get your fill of these in Dublin’s many pubs and cafes. However, there is plenty here for discerning foodies as well.

The two-Michelin starred Restaurant Patrick Guilbaud is a favourite among Ireland’s movers and shakers, while Chapter One and The GreenHouse offer a modern spin on classic dishes.

Make sure you try some local seafood while you’re in town – Dublin Bay prawns and Carlingford oysters are exported to the finest restaurants across the world.

Dublin is probably most famous for its drinking culture – and with good reason. The city is bursting with cosy pubs and trendy bars, and it is home to the world-famous Guinness Storehouse, where you can see how ‘the black stuff’ is made. 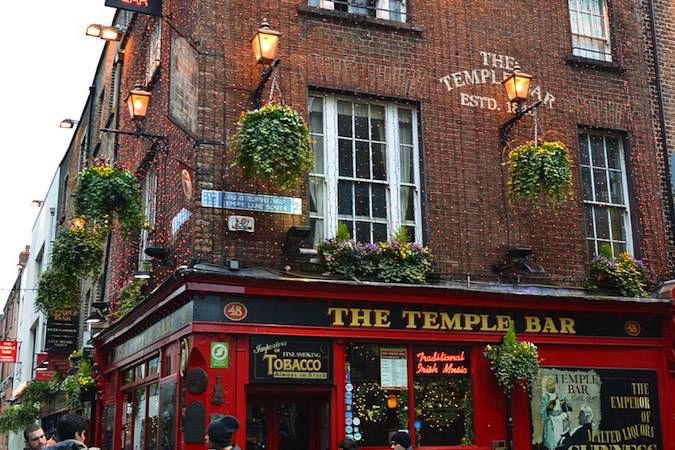 For live Irish music and plenty of craic, pop into any pub near Temple Bar. And if you fancy something a bit fancier, check out the cocktails at The Blind Pig or the Vintage Cocktail Club.

Grafton Street is the main shopping area in Dublin. The long cobbled street is only accessible by foot, but you’ll want to take your time and walk the whole way from the beginning (at St Stephen’s Green) to the end (where you’ll find the famous bronze statue of Molly Malone). 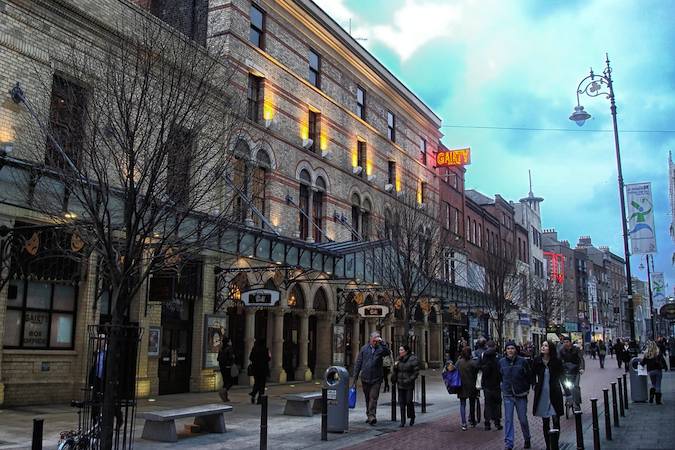 For luxury shopping and high-end labels, visit the immaculate Brown Thomas department store during your spa break in Dublin, or pop in and out of the various boutiques and independent stores tucked into the side streets and alleys of the main thoroughfare. Make sure you bring plenty of change with you – Grafton Street is famous for its extremely talented buskers!