All Steamed Up: Detox – bollocks or not? 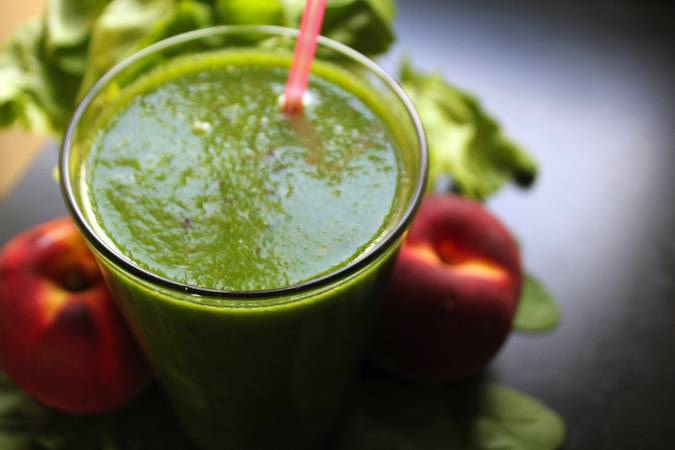 While a veritable bubble of doubt has often hung over the authenticity of detox, it is still treated by many like a sacred seasonal ritual. In his latest column, Simon Busch evaporates the steam that enshrouds one of the industry’s oldest myths.

‘Tis the season to regret being quite so jolly and to think instead of… and yet no sooner does “detoxing” come to mind than it’s joined by thoughts of Gwyneth Paltrow nattering on about her colon or wacky treatments such as electrifying paddling pools that claim to leach black bile-like substances through the soles of your feet.

Such distractions are so unnecessary. When it comes to health, spas have little to prove and would be better ditching their recently beloved baggage of detox altogether. Especially when this hazy approach to health is exhibiting such signs of decline as the aforementioned footbath treatment or too close an association with a once-prominent actress in desperate need of a sideline.

To linger a while on exhibit A, proponents of that illustratively flaky foot treatment claim that soaking your tootsies in a basin of nice warm water that’s bubbling away with a mild electric current can wring wicked “toxins” from the body that accumulate after a plausible interval as gunk, staining the liquid a satisfyingly dirty brown.

Indeed, so pleasingly icky does this deposit sound, it feels almost churlish to point out that it’s merely the result of mild corrosion of the metal electrodes in the water rather than anything medieval oozing from your clodhoppers – not that that’s stopped potentially thousands falling for this detox “cure”, judging by its omnipresence on the web.

An admittedly somewhat more sophisticated detox version is that propounded by the recently uncoupled Ms Paltrow on her website Goop – that handle, intentionally or not, rhyming neatly with another icky substance at issue. The gut, in other words, is organ numero uno in the detoxifying theory of one Dr Alejandro Junger, whose technique for cleansing the thing is so apparently remorseless and wrangler-like that Gwyneth happily provides a digital shopfront for all his associated kit.

“Detox is real,” says Dr Junger, as you’d hope he would. Oh no it’s not, say plenty of other respectable medical spokespeople, however, who point out that those organic workhorses the liver, kidney and intestines purge the body gratis of substances the detoxifying industry would really prefer to charge for.

Feel free to perform the following, initially enjoyable experiment. Go out and get massively wankered, ideally combining, for the sake of science, all sorts of substances that don’t play well together such as, say, lager, followed by vino, then – why not? – Jägermeister and perhaps sprinkling whatever other intoxicants come to mind on top for good measure; you might even slide a kebab or two down as a nightcap.

Wake up: groan/regret. Then lie back as your own internal detoxifying experts get to work expelling the chemistry set of poisons you’ve enthusiastically ingested. Enzymes will gurgle, the kidneys will swell and expel; your colon may even come knocking. The only external aid you’ll need is a glass of water – or 16 – and within 36 hours or so (am I right?) you may even begin to feel human again.

There is a sense to “detox”, but it’s what junkies and alcoholics do when they’re trying to go clean (and if they do it in spas I haven’t seen it advertised). Beyond that, detox is, yes, bollocks, but, funnily enough, the spa world’s infatuation with the idea serves to obscure the myriad health benefits that immersion in heated, mineral-rich waters seems to offer the human animal.

Around the middle of the last century, perhaps in the post-war climate of austerity, the Anglo-Saxon medical establishment abandoned spas as a mainstream treatment, leaving the sector prey to snake oil-like notions such as detox (which can in fact be traced back to the poo-focused, ancient Egyptian “autointoxication” theory, holding that disease follows from the build-up of toxins in the body, which must, therefore, be expelled).

While British and US white coats were getting all sniffy about spas, over on the Continent – and in Japan – they were positively lolling about in them. To the point that, remove spa treatment now from European healthcare and, Lehman-like, the whole system would probably collapse.

In the form of balneotherapy, weeks-long spa stays are prescribed in France, Italy and Russia, among other countries, for everything from rheumatism to asthma, skin disease and accident recovery – or as a preventative health measure for pretty much anyone who wants it.

Am I alone in thinking that Britain and America would be less stressed countries if we, too, spent more time hanging about in spas?

Truth to tell, you don’t even need a medical rationale to appreciate a spa’s benefits. We are aqueous creatures; evolutionarily speaking, we all climbed out of a spa – the primordial soup – and, on an individual level, we spend months lolling in another one, the womb, before being forced out and plonked on the treadmill of life.

Our bodies are made up of more than 60% water, and we consume gallons of the stuff each day. Little surprise that, as the spa writer Nathaniel Altman puts it, “Soaking in a stream, lake or tub has always ranked among the most pleasurable of human experiences.”

No prescription – or detox nonsense – necessary.

The Best Spa Treatments for Stress

Jargon Buster – What is a Body Wrap?