Jargon Buster – What is Thalassotherapy? 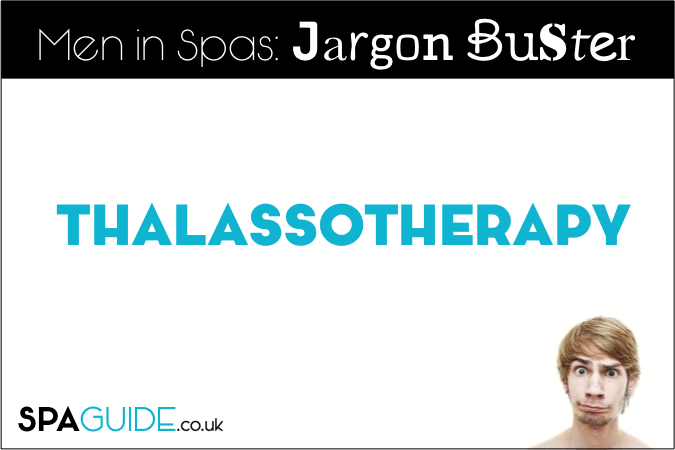 If you’ve never heard of thalassotherapy before, don’t worry – you’re not alone. But like billions of others before you, you have probably already made use of it.

Translated from Greek, ‘thalasso’ literally means ‘sea’, while ‘therapia’ means ‘treatment’. Yep, that’s right – thalassotherapy is the spa equivalent of a day at the beach.

Everyone knows that sea water is good for you. It is full of skin-friendly ingredients such as magnesium, calcium, sodium, potassium, and iodide, and it is home to the nutrient-rich algae and seaweeds which are used in body wraps and facial treatments.

The idea of thalassotherapy is to harness the goodness of the sea, and maximize the natural benefits. Seaside spas will often do this by offering hot seawater baths; seaweed wraps; marine mud rooms; and even seawater ‘fogs’, where you actually inhale a concentrated form of mineral-rich sea air.

The salty water is believed to help improve circulation and lymphatic drainage, as well as relieving pain in the muscles and joints. Most thalassotherapy spas will offer bespoke massage therapies alongside the seawater treatments, stimulating various muscle groups so that they are more receptive to the healing power of the waters.

Of course, you can’t just use any old seawater – if your nearest beach doesn’t exactly scream ‘luxury spa experience’, then you may be better off calling in the professionals.

Jargon Buster – What are Floatation Pools?

Jargon Buster – What is a Caldarium?

Jargon Buster – What is a Hammam?

Jargon Buster – What is Acupuncture?