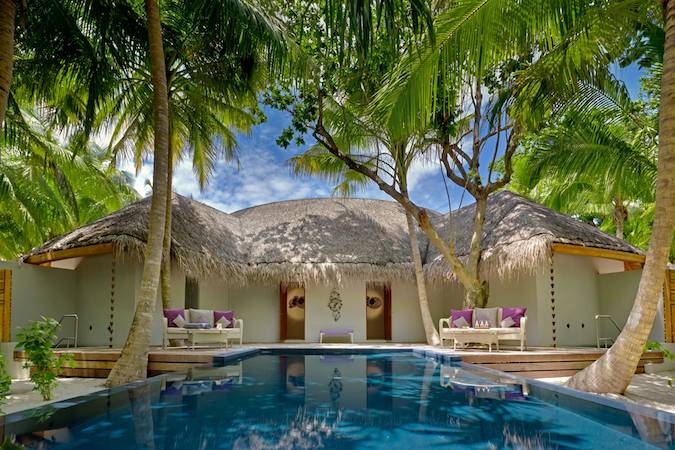 Discover the true beauty of island life at the Devarana Spa

There’s something in the air at the Devarana Spa. Maybe it’s the faint whiff of spices and vanilla on the breeze; or maybe it’s the flying foxes which swoosh around fearlessly all day and night.

Or maybe it’s just the knowledge that you’re in one of the most beautiful, tranquil places on the planet, with a wealth of exotic spa treatments at your fingertips.

Situated on the tiny Mudhdhoo Island, the Devarana Spa does everything in its power to ensure you never have to leave – from treetop treatment pods and private pools, to round-the-clock service and innovative spa treatments which are in a world of their own. 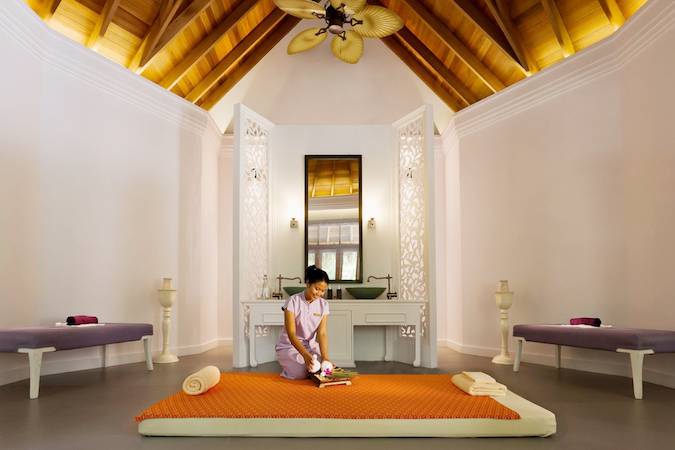 Like the Ginger Compress & Back Massage, which uses steamed ginger to release tension in the back, neck and shoulders. Or the Abhyana Massage, where aromatic oils are poured along the muscle lines to help unblock your ‘prana’ energy.

The natural products of the island are used to their full potential at the Devarana Spa, with powerful ingredients such as aloe vera, mangosteen, lotus and seaweed appearing in a number of treatments. After the Blue Lotus Aloe Wrap, you will feel as though you have been hugged by Mudhdhoo Island itself.

Maldivian culture is heavily influenced by nearby Sri Lanka and South India, and a lot of the spa treatments are inspired by ancient Ayurveda practices and traditional wellness therapies. 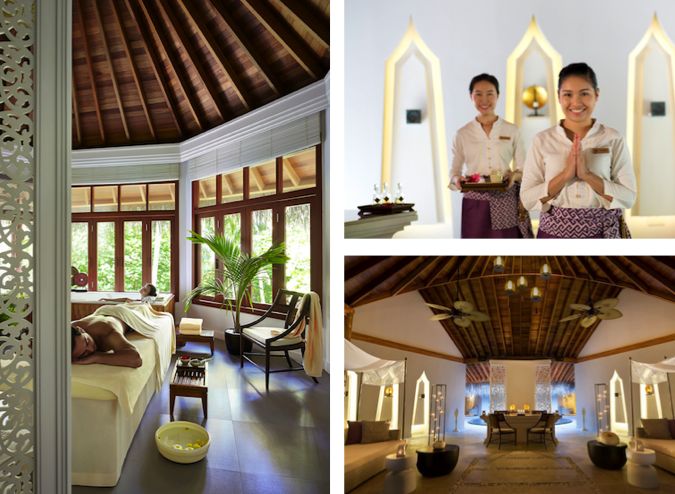 It is all about balance, harmony and relaxation, and the resort’s therapists know exactly how to take your spa experiences to the next level with little touches such as floral fragrances (offered to all guests after every spa treatment), homemade aromatic oils (which are even massaged into your skin after a simple manicure or pedicure), and an impressive range of spa-themed activities for kids, so parents can enjoy their treatments guilt-free.

If you somehow get bored of the spa’s many luxuries, you can always explore the tiny island with its exotic flora and fauna, and the warm waters of the lagoon. Mudhdhoo is surrounded by colourful coral reefs on all sides, and boasts some of the best snorkelling and diving in the world. 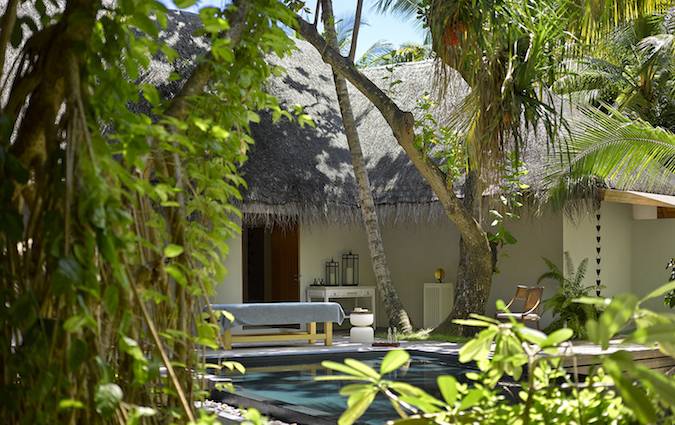 Take in the view from your over-water bungalow each morning and decide whether you want to treat yourself to a refreshing and relaxing dip in the salty sea, or simply stroll over to the Devarana Spa for a salt glow scrub, marine facial, and coconut bath instead.