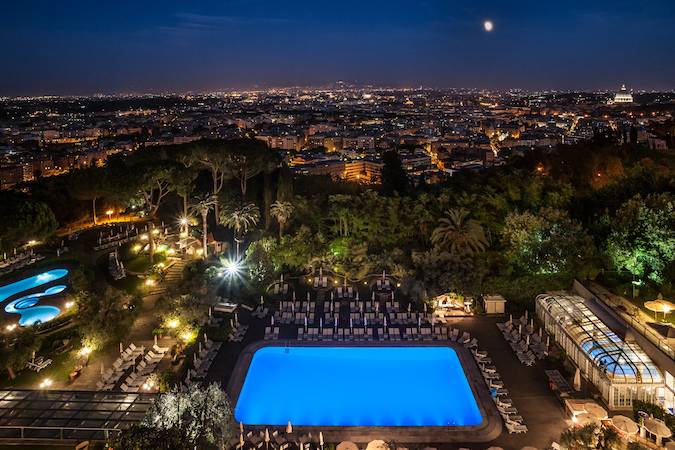 When in Rome… indulge in some serious spa therapy

Italy is the land of good food, good health and good times, and this philosophy is perfectly encapsulated by the opulent Rome Cavalieri, home to the Cavalieri Grand Spa Club.

This stunning five-star resort features one of the best restaurants in Italy (the three Michelin starred La Pergola), some of the most dazzling views in Rome, and one of the most luxurious spas in all of Europe.

The Cavalieri Grand Spa is palatial, and enormous. It covers more than 25,000 square feet, and channels the decadence of Ancient Rome with thick slabs of marble, intricate mosaics, and ten themed treatment rooms. 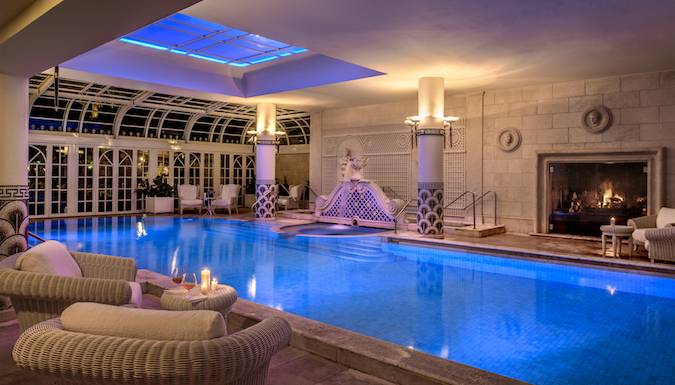 The bathing area features four swimming pools (with hydro massage and whirlpools) as well as a stunning amethyst Turkish bath, which looks like something Julius Caesar would have used. 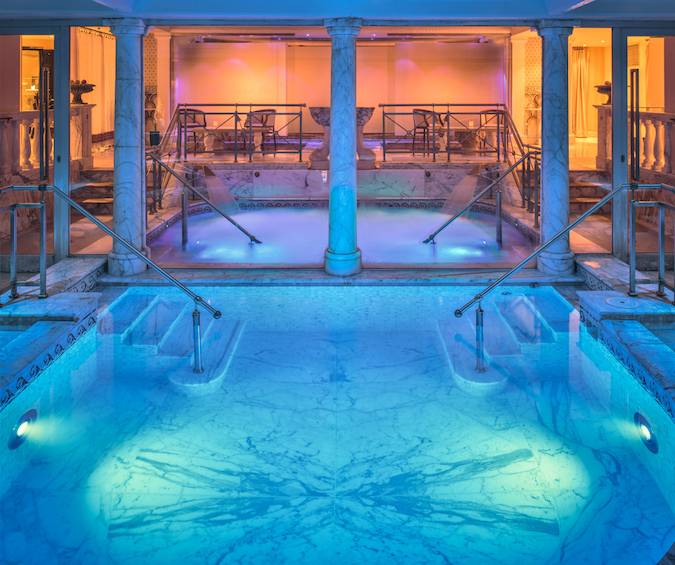 In testament to these luxurious surroundings, facials and beauty treatments are carried out using world-class La Prairie products – in fact, this is one of the only spas authorised to carry the Swiss skincare brand.

Make sure you try at least one of these treatments during your stay – the Caviar Firming Facial is an intensive treatment based around one of the brand’s most popular products, while the Pure Gold Radiance Facial combines La Prairie’s Cellular Radiance Concentrate Pure Gold with gentle heat and gold-based face masks. 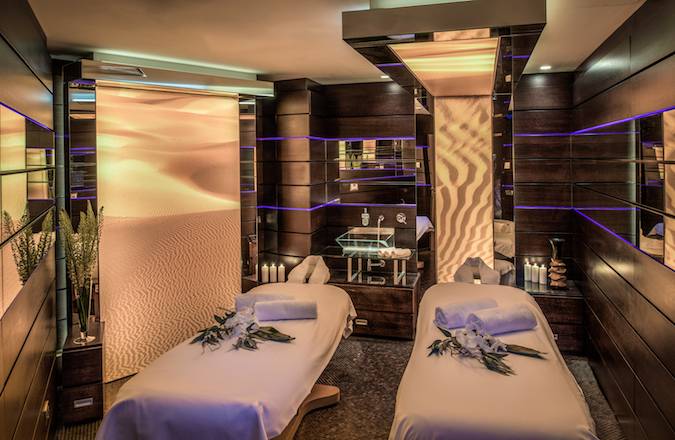 The Platinum Rare Facial is one of the most exclusive treatments in the world, and includes an infusion of pure platinum which is applied all over the body and face, to leave skin glowing.

In between spa visits, there is plenty to explore around the hotel itself. Situated away from the major tourist attractions, the hotel is favoured by locals who crave a little bit of privacy with their luxury. 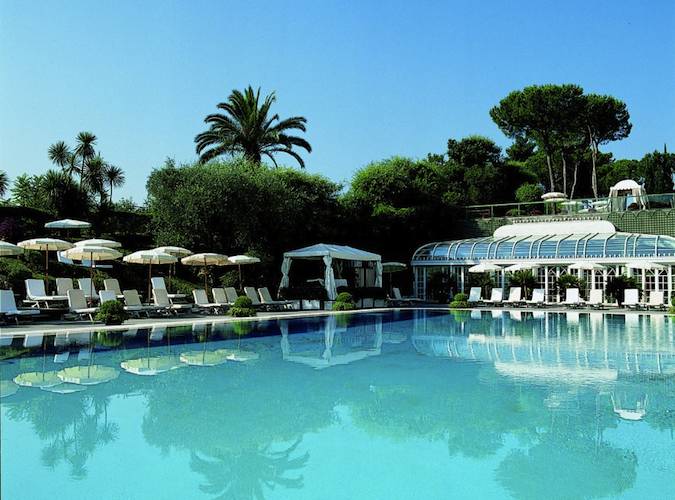 Take in the views of the city from the huge roof terrace, or relax with a Negroni cocktail in one of several heated outdoor pools.

The lobby boasts an enviable art collection by the Venetian master Tiepolo, and you could spend hours examining his enormous “Ulysses discovering Achilles among the Daughters of Lycomedes” alongside striking works by Zaïs, Cignani and Magnasco. 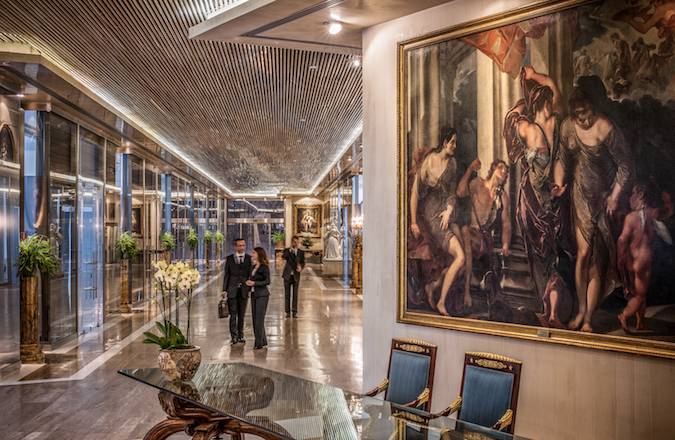 The hotel even holds a doggy spa where pets can be massaged, washed, and dressed in personalised cashmere.

Dogs in cashmere, platinum facials and priceless art – the Cavalieri Grand Spa Club is committed to creating a place of no-holds-barred luxury in one of the most romantic cities in the world. Other spas, take note.